Abbey Gardens is an open-access harvest garden in the East London borough of Newham where anyone is welcome to participate in the communal growing of flowers, fruit and vegetables. Unlike the traditional allotment system, no one has their own patch and everyone gardens together at regular gardening sessions led by an experienced gardener. The produce is shared among volunteers and is also available to the local community in return for donations from one of the garden's two Honesty Stalls. We also hold regular free events, including a Summer Fair and a Harvest Festival.

The Abbey Gardens site is one of only two Scheduled Ancient Monuments in Newham and contains the remains of a 12th-century Cistercian abbey where monks once ran a kitchen garden. In 2006 a group of local residents formed Friends of Abbey Gardens, initially with the aim of rescuing the derelict site from vandalism and neglect.

We do not have any reviews about Abbey Gardens available right now.

This business has no reviews yet. 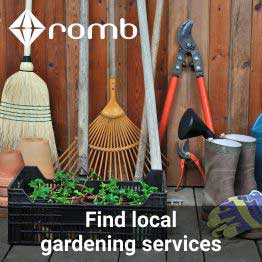